The landscape park of Kemeri with a network of winding tracks along Versupite river was projected and 1839 started to develop by Karlis Heinrich Vagner, a gardener of Riga. The development and improvement of the part was continuous during the next hundred years.

Across the river Versupite there are multiple small bridges created with a names given such as: The Bridge of “Sighs”, Bridge of “Whims”, “Musical Bridge” etc. The Kemeri park is one of the oldest and major public parks in terms of covered area in Latvia outside Riga. In 30’s of the 20th century the total length of the walkways reached 15 km, and it was even possible to cross the river Versupite and canals with small dinghies. 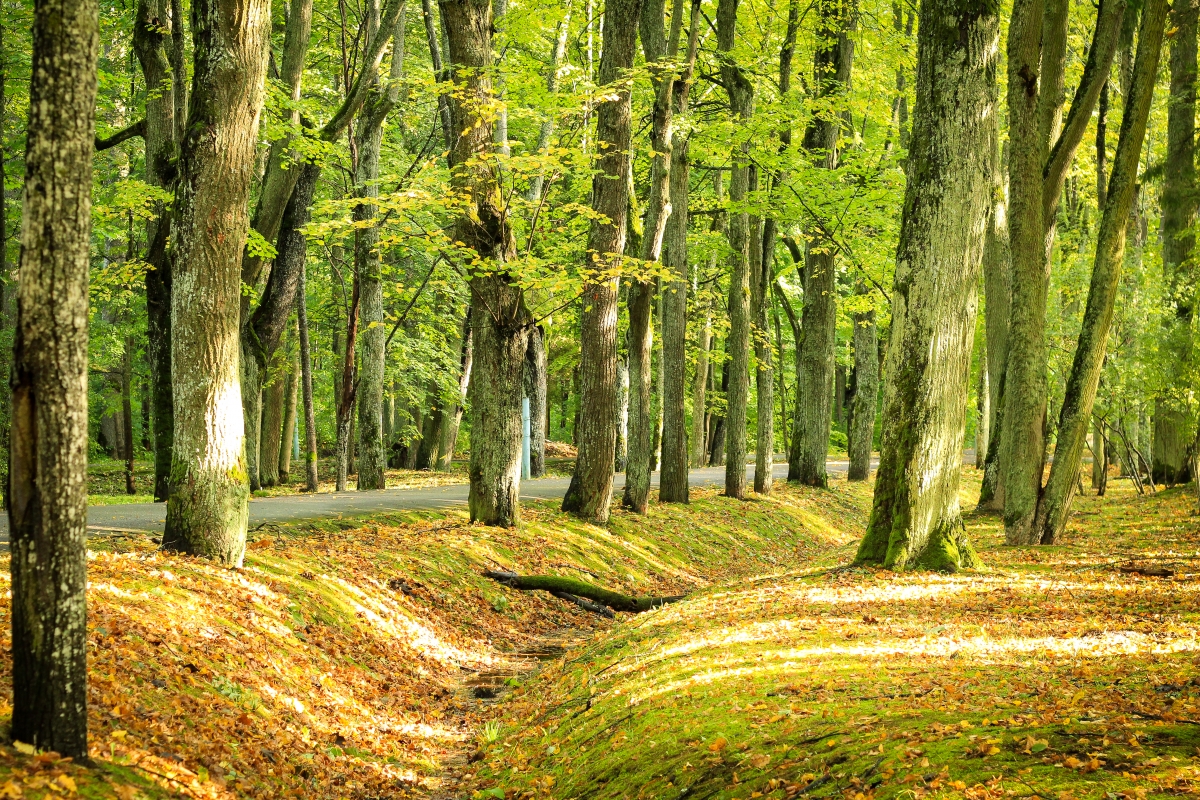 This is one of the most well-known Kemeri resort objects already since the 20th century. The arbour was built near the springs that was already the sixth sulphur springs discovered at the end of the 19th century in Kemeri. Currently they count for more than twenty. The Pavilion has not changed its appearance significantly, but the sculpture of lizard was created only in 1949 (sculptor Juris Bajars).

In the beginning of the 20th century the springs was decorated by a sculptural group – a boy on a dolphin, that was destroyed during the World War I. In the interwar period the springs ran from the open mouth of the dolphin that was the sole preserved part of the sculpture. 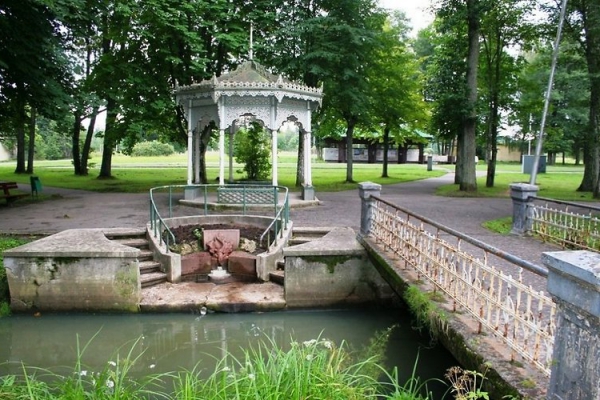 A Monument to Founders of Kemeri Resort

The monument launched in 1861 was devoted to founders and directors of Kemeri Resort (head physicians). Is located not far from the Islet of Love. Created as a tree trunk entwined by a snake. On the monument the names of the creators of the resort are listed, engraved in white plates. During its long time of existence, the limestone monument was transformed multiple times.

The chisel chain that was protecting the place of the monument was stolen in 2009. One of the most exquisite objects of the Kemeri park can be found on an artificial island formed on the end of the small river Versupite (Vēršupīte). Already since the end of the 19th century there was a pavilion, richly decorated with wood carvings, that was demolished during the World War I. The stone rotunda performed in traditions of morn classicism was built in 1928 according to the project of architect Friedrich Skujins.

Here there was a coffee pavilion that offered soft drinks, tea and coffee with snacks to the guests of the resort and a radio was installed for entertainment of guests. During the Soviet Era Childhood festivities were held near the “Islet of Love”. 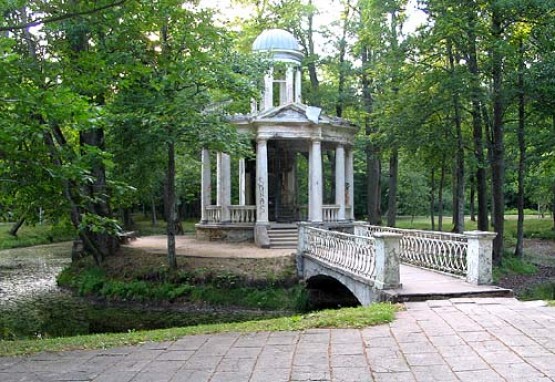 The building of 42 m of height (the highest one in Kemeri) is a part of industrial inheritance of Latvia, a national monument that was built in 1929, the architect - Friedrich Skujins.

A water tower that more looks like a lighthouse is located near the once popular Kemeri hotel that was called also “The White Liner”. The tower contained a sulphur springs water reservoir of a 100 m3 of volume. Until the World War II there was an observation deck in the upper platform of the tower. Guests of the resort had a wonderful view to the area of Kemeri from the height of 42 metres.

The first building of the station was erected in year 1877 along with the opening event of the railway line “Riga - Tukums”.  In year 1911 a direct train traffic “Moscow - Kemeri” was launched, but in summer of year 1912 an electric streetcar line was launched from the railway station to the beach of Jaunkemeri, it operated until year 1915. After the war in the beginning of 1930s a short period of time a diesel tram operated in Kemeri.

The railway station illustrated in the picture has been erected in 1922 according to the design of architect Arthur Medlinger, with slight changes has survived to nowadays. 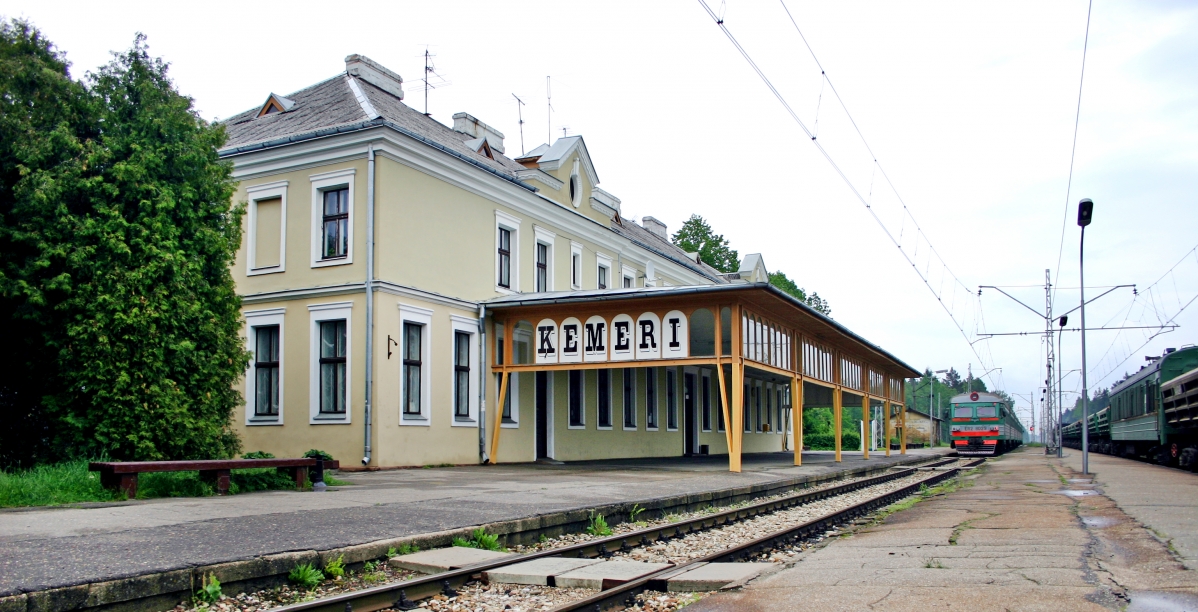 The path winds through different types of forest and along the shores of the lake, rich in water birds. It starts and ends at the parking lot near Lake Slokas, where you can also find a picnic place, floating viewing tower (7 m) and a sulphur spring. The path reveals the beauty and peculiarities of swamps surrounding River Vēršupīte, marshy pine woods and spruce forests. Children can test their strength and agility by trying out different sports elements: swings, balance beam and others at the end of the trail. From the viewing tower, you can observe birds in Lake Sloka. 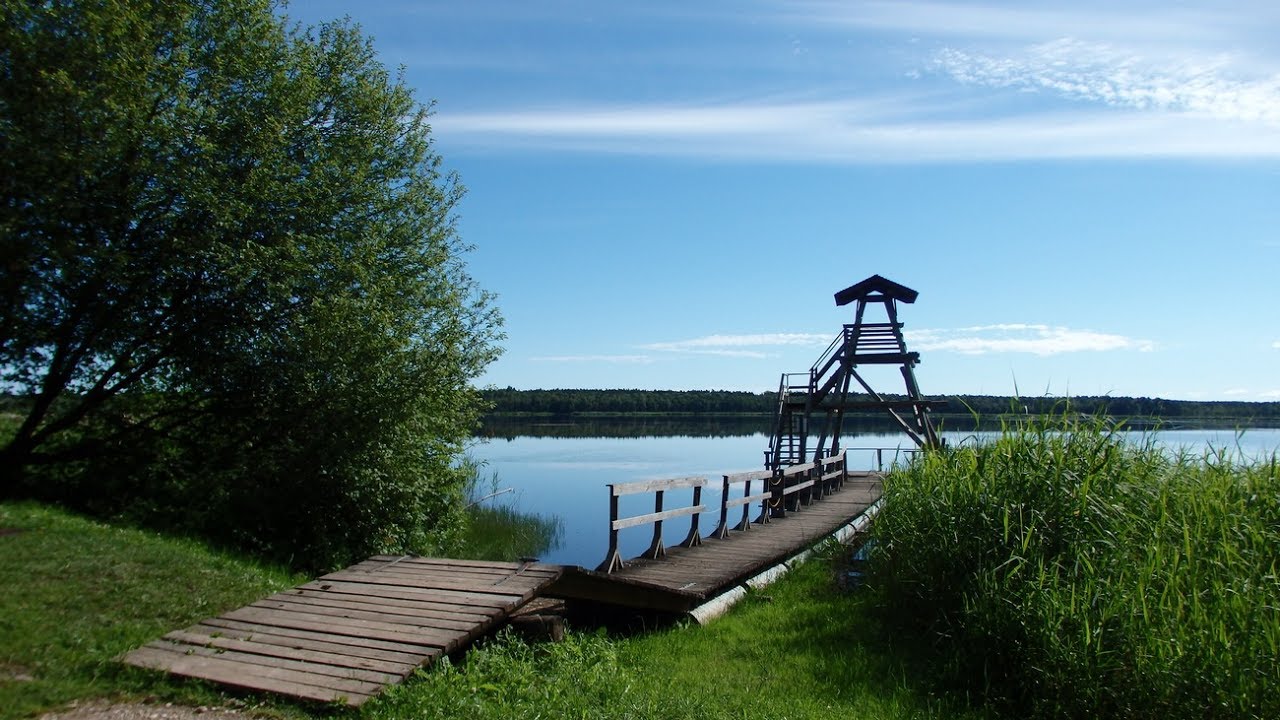